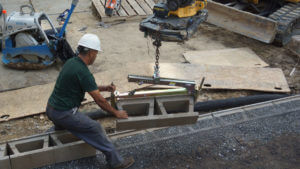 and our new excavator to reduce the effort our crew needed to move the 80 lb blocks.  We estimate over 100 tons of block, soil and gravel were moved during this project.

This installation progressed very smoothly from beginning through completion.  The results speak for themselves.

We’ve provided a couple of before and after photos to demonstrate the dramatic improvement. 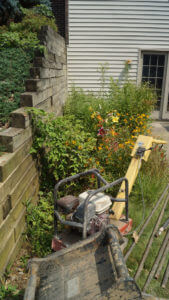 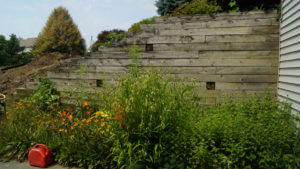 We experienced record rainfall during August this year, shortly after these walls were replaced.  The timber walls pictured here would have continued to deteriorate and might have collapsed. 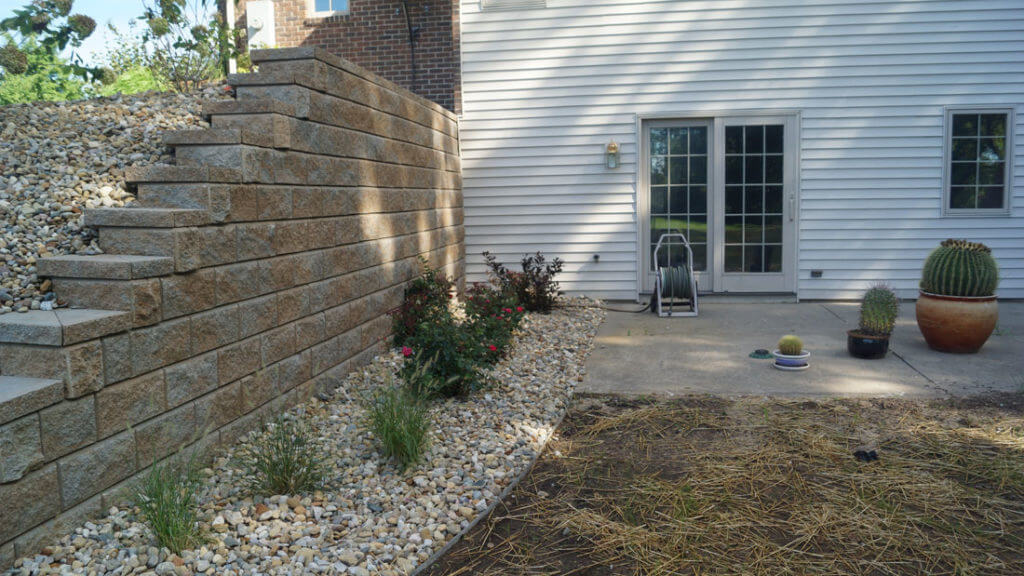 The new Allen Block retaining walls and new drainage system worked flawlessly during the once in a lifetime 10″ rain event this August. 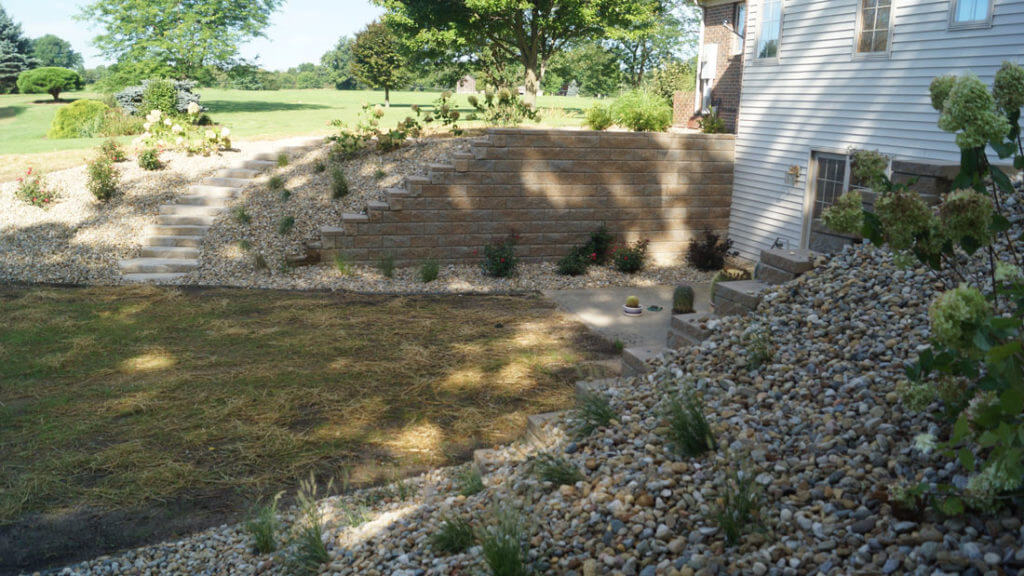 Fall rains have already germinated some of the seeding.  We’ll post another photo when the turf is up and our landscape gets established next spring!